After hundreds of hours of test drives, research and evaluation by independent jurors, the Chevrolet Corvette Stingray, Kia Telluride and Jeep Gladiator were revealed as the winners of the 2020 North American Car, Utility and Truck of the Year (NACTOY) awards at TCF Center in Detroit.

These awards are unique and among the most prestigious in the industry because they are chosen by a panel of 50 respected jurors from print, online, radio and broadcast media across the U.S. and Canada – rather than by a single publication or media outlet.

Jurors voted on the finalists based on segment leadership, innovation, design, safety, handling, driver satisfaction and value for the dollar.

The process began in June 2019 with determination of vehicle eligibility and included three rounds of voting. Votes were tallied confidentially by Deloitte LLP and remained secret until envelopes were unsealed on stage by NACTOY President Lauren Fix, Vice President Chris Paukert and Secretary-Treasurer Kirk Bell.

“These awards would not be possible without the hard work, professionalism and insight of all of our jurors along with the cooperation throughout the year from all of the automotive companies,” Fix said. “Now in our 26th year, we are proud that both automakers and consumers recognize the value our awards provide to new car buyers.” 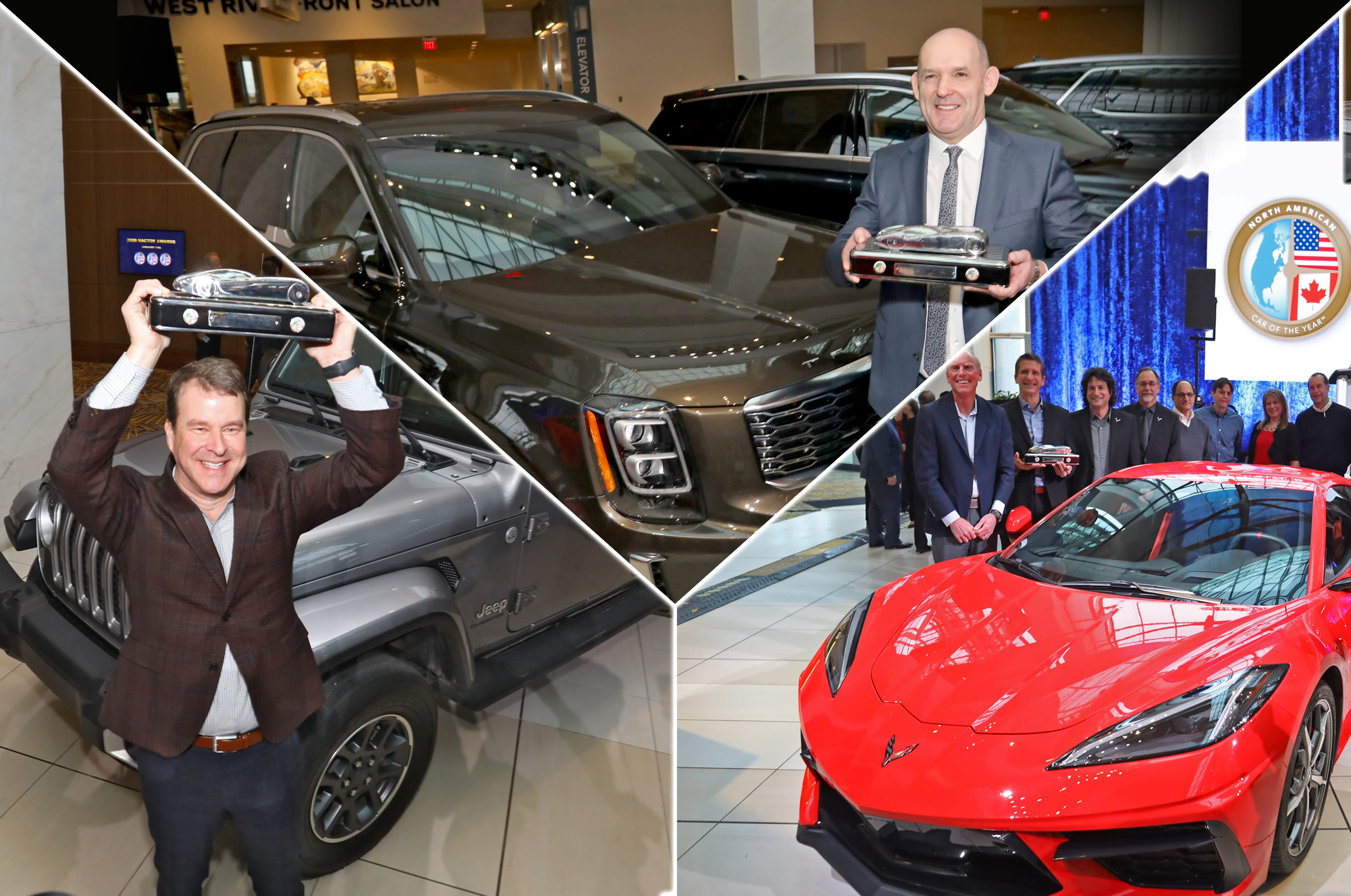 Car of the Year
Overall U.S. car sales might be declining, but there was no shortage of compelling, innovative contenders this year. When the ballots were counted, jurors selected Chevrolet Corvette Stingray as the car that stood out among its competition.

“A mid-engine Corvette was a huge risk for Chevy’s muscle-car icon. They nailed it. Stunning styling, interior, and performance for one-third of the cost of comparable European exotics,” said Henry Payne, auto critic for The Detroit News.

Utility Vehicle of the Year
In the increasingly popular utility segment, automakers must look for that magical combination of design, features and functionality. This year, jurors decided the Kia Telluride deserved top honors.

Truck of the Year
The truck category reflected the growing popularity of mid-size trucks as the Ford Ranger and Jeep Gladiator squared off against the Ram Heavy Duty. Ultimately, jurors selected the Jeep Gladiator as the winner.

“What’s not to like about a pickup truck with not only a soft-top removable roof but even removable doors? If you want massive cargo-hauling capability or the ability to tow 10,000 pounds, buy something else,” said longtime automotive journalist John Voelcker. “The eagerly awaited Gladiator is a one-of-a-kind truck, every bit the Jeep its Wrangler sibling is … but with a pickup bed. How could you possibly get more American than that?”

Today’s winners were chosen from the following nine finalists:

NOTE: Spanish and French versions of this release will be available on NACTOY’s website. For more information about NACTOY and its history: http://northamericancaroftheyear.org.

NACTOY officers are available upon request for interviews.

ABOUT NORTH AMERICAN CAR, UTILITY AND TRUCK OF THE YEAR
The awards are intended to recognize the most outstanding new vehicles of the year. These vehicles are benchmarks in their segments based on factors including innovation, design, safety, handling, driver satisfaction and value for the dollar. The organization gives out three awards. They are: “North American Car of the Year,” “North American Utility Vehicle of the Year,” and “North American Truck of the Year.” The awards are unique because they are given by an independent jury of automotive journalists from the United States and Canada instead of by a single publication, website, radio or television station.